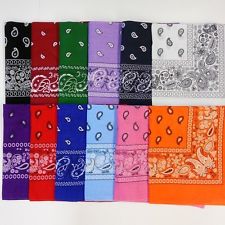 In any cop show we’ve ever seen, it’s been a terrible idea to brag online. Any teenager who emails their bud about spray-painting a school has gotten busted. Almost immediately. In real life, it’s no different, just with a longer time until the law follows through. Folks get cuffed from their own social media posts. Telling about what they had “gotten away” with, leaving the act – and a full confession – for the cops to see. More often than not, it’s an act that leads toward arrest and a guilty sentence.

But that’s not stopping illegal activity from taking place online. Or rather, it being talked about online. In fact, the interweb is becoming a go-to source for gang communication. And it’s known as cyber-banging.

The act of cyber-banging can vary across the channels of social media. In what platforms are being used, as well as how it’s being fronted to support gang activity. For instance, showing online support or claiming cyber territory on one’s profile. (Comparable to graffiti or other physical markers IRL.) Users have also made videos with intent to disrespect rival gangs, as well as used the sites to communicate logistics. (Meeting places, times, etc., all of which become permanent online record.)

In many cases, however, violent deaths can be traced directly back to this type of behavior. Threats and trash talking that only predate drive-by shootings by a few weeks. And law enforcement is starting to take note. (The subject is explained on NPR.) Said posts and videos are used as court evidence. After all, once online, it’s available for public viewing, which is one side of cyber-banging that the law just might be thankful for. However, the ease at which social media can be used is also fueling gang violence. Making it easier and faster for retaliations to be posted, and prodding tempers to the point of extreme violence.

As concerned citizens, you’re right in thinking this type of behavior should be monitored. Potential cyber-banging can be reported to local law enforcement officials. One major problem, however, is that behavior can be vague, or almost completely unrecognizable. Through hidden languages or signs, gang communication might be taking place right under your nose. While other interactions are far more obvious, even leading themselves directly to police intervention. Either way, it’s a growing trend across the Internet, and one that online users should understand is a growing, not-so-virtual danger.