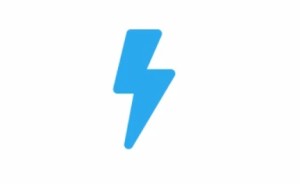 On October 6, Twitter launched a new feature in its application called “Moments.” This is the latest attempt to expand the platform’s user base. Moments allow the reader to swipe through a series of tweets related to a particular news event. For the user, the feature functions almost like a miniature magazine. You flip through pages to hear different perspectives and see different images; each moment only takes about 60 seconds of your time. This gives Twitter a rival (with better organization in my opinion) to the Facebook Instant articles. I enjoy the feature. It’s fun and useful. However, I am not without some apprehension.

My concern is that people will start using Twitter Moments as a substitute for wholesome news coverage. A fair follow-up question: what does well-rounded coverage look like? Today, balanced news consumption is reminiscent of preliminary research in a legal case rather than the couch-idling experience familiar to previous generations. I don’t mean to skirt my excitement about the Twitter Moments feature. I’ve already logged over an hour using Moments in just the past few days. News aggregation offers the user simplicity, but not without potential pitfalls.

I look at Moments like I do Wikipedia: it’s a research tool, a way to get caught up. The app says as much. However, like with Wikipedia, people can be misled by this resource. A quick swipe through a Moment cannot replace actually investigating a news story. It also prompts the question, why are we seeing these tweets? What filters allow certain voices to trump others?

According to the platform’s guidelines, each Moment has a curator who treats the piece like a collection. The curation team is theoretically untethered to the marketing, revenue, and user-growth teams, which is good news for those of us worried about biases. One cannot deny the opportunity for human error as a product of human involvement. Of course, a human can observe ethical standards that an algorithm would not.

The voices with more Twitter currency (followers) likely will have more of a platform. It’s always an unsettling proposition: those with power framing the news. Of course, I’ve already said that Twitter Moments should not be consumed in a place of a well-balanced news diet. It’s a bit like complaining that a riverboat might sink after learning about the invention of the steam engine. Yes, something is bound to go wrong at some point, but it’s still pretty cool to have a freaking steam engine.

Ultimately this becomes a conversation about modern journalism. Our news looks immensely different than it did 15 years ago. Remember 15 years ago? No tablets or phones. To hear about local events (from a limited number of voices) you had to tune in to terrestrial broadcast television at specific intervals. That sounds dystopian.

Now we have all the access we want. Everyone is writing their own story. As we aggregate and distill, we may lose important bits of context or perspective, but with information being more readily available today than ever before in the history of humanity, part of the responsibility rests with us. Ask yourself, when you’re hungry for Pizza Rolls, do you cook them with the microwave or the oven? The microwave is so much faster, but the oven rewards your patience with a better product.