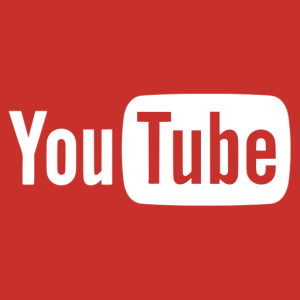 It doesn’t take much searching to find tech- and social media-related stories. The nature of this business sector spurs rapid change and offers fodder for blogs in a way that covering the coal industry might not. I point out that I perceive technology as a business sector rather than a function of everyday life for a reason.

YouTube Red officially hit the U.S. market Wednesday, October 28. If you’ve used the YouTube app on your phone recently, you’ve probably been prompted to subscribe to the ad-free service. For $9.99/month you can remove all ads from your YouTubing experience. This allows users to listen to music or watch videos uninterrupted. By subscribing to YouTube Red, users will also have access to the platform’s upcoming Music app, which will function as a competitor to Apple Music, Spotify, and Pandora.

YouTube has found a way to further monetize its product. The revenue from the new service will be split with the content creators themselves. YouTubers rely on ad revenue to profit from their work. Ad Blocking has become a popular practice that lets viewers bypass the pesky pre-videos and stream content uninterrupted. But, by skipping ads, audiences reduce the earning power of the content creators they enjoy.

The new YouTube Red subscription service will pay out “the vast, vast majority of revenue” to these creators according to Chief Business Officer Robert Kyncl. However, a TechCrunch article points out that the current YouTube Partner Program Terms have creators being paid 55% of revenue, as compared to Spotify and Apple Music which pay 70% and 71.5% respectively. In theory though, this is a win for YouTube’s bigger content creators.

It is worth noting the avenue through which YouTube got its marque users to sign on to the new deal. Any “partner” creator who earned ad revenue from the site but didn’t agree to the new revenue deal had it’s content hidden from public view on all versions of the platform. Sign or else. Even if the deal benefits the creators, they have still essentially been strong-armed by a company with ungodly reach. YouTube is the dominant video platform across the entirety of the Internet, so what choice did they have? A decision made with a gun to your head is no decision at all.

While the Internet is a resource for us all, the companies providing the myriad platforms for our use are companies — they value profits. Aspiring to success is not a sinister motivation; it is the prescribed goal in a capitalist system. However, it is important to view tech companies through the same lense as Wal-Mart, Procter & Gamble, or Pepsi. In the past I have personally conflated a progressive product line with a progressive mission. Many tech companies’ values statements boast a goal of making the world a better place. That’s more likely a side effect than a Prime Directive.

At times I feel my writing for this blog is wrought with cynicism. I don’t want to kill the vibe, but I also want to remain watchful. Every innovation in the digital pond produces ripples, the effects of which we may not notice for years. When I see paywalls on the Internet, I see strata. Maybe not now, but years or decades from now. Inclusiveness and equality made the Internet groundbreaking. They’re why people fight for net neutrality. The more authority companies swallow up, the less we’ll be able to do about it in the future. Maybe I sound grumpy, but I have no problem playing the curmudgeon when it comes to this stuff — hell, I called the Netflix price jump two months ago.