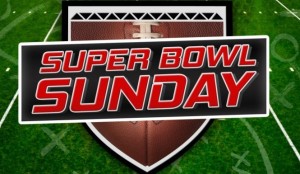 During my last year of college, my roommates and I hosted a number of parties. A staple at each one of our shindigs was something we called “hot cheese.” Also known as cheese dip or queso, hot cheese was the flavorful, savory appetizer that made our parties memorable. Its combination of browned ground beef, fresh pico de gallo, and Velveeta delighted the taste buds with every bite. Often times it took over conversations throughout the party. If it was missing from even a small gathering, our guests commented on the absence.

Hot cheese eventually found itself center stage for our Super Bowl party. We made a double batch. Having a spread of food was vital because, of course, few people ventured to our house that evening to watch a football game between the Patriots and Seahawks. Most people were there to eat warm dairy, talk to friends, and watch some ads.

Commercials are the all-inclusive sideshow offered by the NFL’s championship game. They make it okay for everyone to attend the party and contribute to the record viewership numbers posted year after year. Avid football fans know the typical pool of advertisers that take aim during the regular season: carmakers, beermakers, sexmakers. Those products take a prominent piece of the pie during the big game too. However, the sheer scale of the event prompts even more players to get involved.

I loved video games as a child. I still play NBA Hangtime on the Nintendo-64 every other day or so. Games are a great way to blow off a little steam (or waste a week depending on the title). In my mind, video games are elaborate, use controllers, and run on their own console. For those reasons, I’ve never been attracted to mobile games. I know plenty of people who relish the day’s spare moments because it means they get to repair their Clan wall or upgrade their farm points or whatever. It has never clicked for me. In fact, I didn’t realize how fast that arena was growing — until last year’s Super Bowl.

As a byproduct of writing this article, I recently learned that Kate Upton is younger than me. The renowned Sports Illustrated swimsuit model and all-around hot person spearheaded an advertising campaign for the mobile game, “Game of War” last year. Youtube, television, apps — the commercials seemed to run everywhere last winter, including during the Super Bowl. That’s right, rinky-dink phone games were advertising in between Ford and Anheuser-Busch. It struck me as strange then, but advertising numbers show a predictable trend.

Looking at this graphic generated by the Wall Street Journal. You can navigate ad expenditures by industry. Note the jump for “technology” from 2013 to 2014. I realize that Super Bowl ads aren’t the definitive advertising metric, but the presence of apps in this arena is symbolic. Appearing during The Big Game shows relevance. The mobile experience is a huge part of our lives now and advertising is likely to reflect that.

MarketingCharts collects data on how social media relate to Super Bowl advertising. Check out some of these numbers from 2014: “Click-through rates for Facebook ads were up 9% over prior Sundays in January, while conversion rates increased by 415%.” The website also notes that ad shares on Facebook weren’t contained to the 24 hours during and after the Super Bowl, as 1.9 million of Budweiser’s 2.2 million shares for a particular ad came prior to the main event.

This means that the Super Bowl has somehow found a way to increase its value. It was already regarded as the biggest advertising event of the year. Now companies can release their commercials ahead of time with the brand “Super Bowl ad” to attract viewers. This doesn’t diminish the raw value of a 30-second spot during the game, the way Cyber Monday and related deal days have diluted the actual Black Friday. People will still go to Super Bowl parties even if they’ve already seen this year’s Tostitos ad.