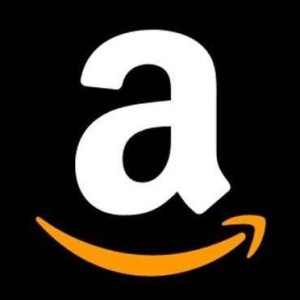 For Christmas this year I got my girlfriend (and myself) a DVD player. Amongst the boxes of dishes, clothing, and appliances we lugged to Dallas when moving, we failed to bring with us this integral piece of technology.

Between the two of us, we subscribe to Netflix, Amazon Prime, and HBO Go, so a DVD player may seem both dated and extraneous. However, we possess a collection of physical movies and television shows not readily found on the big streaming services.

Included in this group are all of the James Bond movies. I love 007. I have since pre-pubescence. The mystery (the plots are unwittingly confusing), the stunts, the settings: they’re understandably enticing to a 13-year-old. On a recent day off from work I decided to pop in a few Bond films for background noise.

I’ll admit, like the DVD player itself, 007 movies have become antiquated. The idea of a debonaire, white male hero who shoots and bangs his way to world salvation isn’t exactly modern. However, there are some eternal tropes exemplified by the Bond franchise of which I will never tire. Among them is the elaborate, methodical threat of death posed by a super villain. Whether it’s a pool of piranhas or an elevator with a trap door leading to a shark tank, Bond’s nemeses know how to intimidate peons.

Amazon.com is the retail sector’s pit of alligators — the looming threat of death for brick and mortar stores who don’t live up to consumer wants. If Target or Best Buy can’t satisfy demands, chomp. Agent Blockbuster already met its fate in this cutthroat arena.

Competition is one of the major benefits of Capitalism. Companies are incentivized to innovate (or undercut) and fulfill the whims of the customer. In an increasingly digital space though, what does the customer want (other than lower prices)? Two-day shipping is game changing, but if you need batteries for the remote, you need them now. Physical retail spaces still have the advantage in immediacy at the moment. When online shopping surpasses in-store retail shopping on this final frontier, what will the giants have left?

Let’s be clear: this is Amazon’s goal. World (Internet) domination is its mission statement. And that’s totally cool, but how will it affect the employees in the retail sector? The bureau of labor statistics website shows average growth in the retail worker field, and projects growth over the next ten years. If the jobs aren’t disappearing, maybe the nature of the job will change.

Yelp is helpfulish to culinary travelers. It can be terrifying for restaurant owners. Unwarranted or skewed reviews (few vegan options, 1 star) can damage your potential business. I’m imagining that sort of consumer power seeping into the realm of retail shopping, and I don’t like the results.

If patrons wield a disproportionate ability to damage the reputation of a business, and the quality of the products being offered is the same across the board, the shopping experience will be the only avenue left for differentiation. This will likely place additional burden on employees in the already-trying world of in-person customer service. Surely my current employment in the service industry makes me biased, but it’s an unsettling proposition. I typically champion the rights of the consumer, but there are two sides to every coin.

Just as the secret volcano base of “You Only Live Twice” fell, so too shall the traditional retail shopping experience. Unlike in the Bond films, we’ll have to acknowledge the collateral damage.