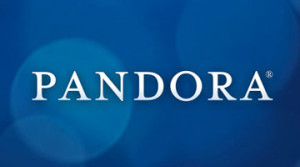 If you’ve ever wondered how companies like Spotify and Pandora make profits, they don’t.

During college I hosted three different radio programs for the university station, KSDB FM. The first show I worked on was called “Music From The Movies.” It featured banter about films accompanied by their respective soundtracks. I also hosted a 90’s music show and an improv segment.

The college radio program was great because it allowed anyone with an interest to get involved. We would meet as a “class” once per week and cover a little bit about a topic de jour — usually the FCC or radio history. A number of times we discussed the model behind the applications that were expediting radio’s extinction: music streaming services like Pandora.

Pandora had become a popular utility amongst my circle of friends when I was a teenager. It let you stream music and wasn’t blocked by the high school’s intranet like YouTube. During journalism class many of the writers would use the tunes as background noise. I never got too excited about the service. I couldn’t get past the fact that when I chose a song, that song wouldn’t stream first.

Even if I didn’t particularly enjoy Pandora, I could still understand how revolutionary it was. You could create and curate your own radio station. You didn’t have to constantly add new songs to the queue to keep it running like Grooveshark, and this was before YouTube’s autoplay and playlist features.

At one point, Pandora led the charge into uncharted territory. That was about 10 years ago. Now, it’s another voice falling into a chorus of competition. Rivals like Spotify, YouTube Red, and Apple Music (plus iTunes Radio) have deflated Pandora’s novelty. Although the radio streaming service reportedly has 81.1 million users, the company’s ability to make money off of those users has waned. According to the New York Times, Pandora may even be considering selling itself.

A TechCrunch article notes that the company’s revenue is up 25% year-over-year, but it has also lost $169 million in that time. The flaw in the model is something we talked about in college radio class — after paying out royalties, there isn’t enough cash to cover expenses. Pandora isn’t alone in facing this problem.

Spotify is dealing with the same design flaw, the difference being, it’s still a relatively fresh company. It can expand its ventures to the world of media to look for additional content that doesn’t command nearly the revenue share that music royalties do.

Companies like Apple and Google catch a break, this Quartz article points out, since they’re essentially “using music as a loss-leader to sell devices or to keep people engaged with your search-advertising system.”

Pandora isn’t a new tech company that happens to stream music, and it’s not a corporate giant that profits simply from people owning a cell phone. Where does the company go from here? It has made diversifying moves before — like last year’s acquisition of Ticketfly, which let’s the company sell concert tickets in-app to interested listeners.

The most likely outcome would appear to be a sale to a larger company that can afford to carry the burdensome cost of the music streaming business. It’s strange to watch a service go from novel to tired in such a short time, but that’s tech. Whatever happens to Pandora won’t affect me much. I’m still bitter about The Offspring.