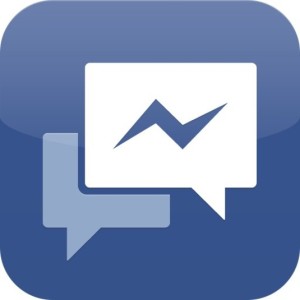 During my final year of high school in 2009 I had to write a “senior paper.” It was a 2,000 word research document about a topic of my choice. As someone interested in journalism, I decided to write about the advent of the tablet — which was just about to hit the market — and the disappearing print edition newspaper. It was a contentious time for traditional journalism. How could a news organisation make money with a website?

Social media platforms were still in their infancy as well. Most businesses didn’t know how to use Twitter or Facebook to their advantage. And yet whispers that this would be the way of the future echoed in the hallways of major corporations. Of course, today, the idea of a two-way communication platform with a target audience is the Holy Grail.

Not only has print media corroded as an advertising platform, but the changing television landscape has offered even more of an opportunity for mobile and online approaches. Advertisers have better access to their constituents than ever. In-app advertising lets businesses reach target demographics on their phones.

According to this TechCrunch article, it looks like the next phase in this evolution — for Facebook anyway — will be to allow advertising in messaging apps. Advertisers will be able to directly message users who initiate a chat thread with the company.

This would mark the first time that Facebook has attempted to directly monetize the chat feature. Facebook Messenger currently has 800 million monthly active users, making for a large potential revenue pool. It would be nice to tap into that reservoir, but the company will have to take care to not pester users into leaving. If spam starts regularly seeping into my message queue, it would be all the excuse I need to move permanently to GroupMe.

Advertisements are pesky no doubt, but this move doesn’t come without its pros. A feature that allows you to interact with customer service via social media offers convenience. Perhaps you’ll be able to receive live updates on the shipping of an order. Signs point to the rollout being a slow, thoroughly-vetted process. Facebook doesn’t want to introduce ads at the expense of its dominance in the chat world.

But I’m actually seeing a trend that goes beyond receiving messages about current sales.

Media companies have started licensing their own content. Netflix is producing its own shows to fortify its library long term. As I mentioned last week, even companies like Spotify are looking for ways to build and own their own media. It feels like everything is on a crash course. I keep envisioning this future convergence where Pepsi-Viacom is Facebook messaging you the latest episode of its new miniseries. Sporting goods stores already use cinematic narrative. Companies are just looking for ways to engage an audience.

Ads on the Facebook Messenger app aren’t cause for alarm at this point. They’re no more sinister than any other form of advertising. The zombies aren’t in the house yet. I just like to point out when the boards on a window are coming loose.