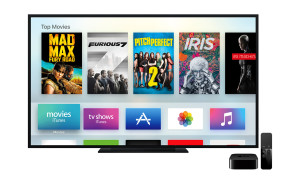 Apple is making a foray into the television programming business (as are all companies even remotely adjacent to media). Apple tends to put everything in a sleek, stylish package so hearing this news got me excited. Then I read that the show’s concept is an unscripted series about apps and app developers. I get that not everything can be Game of Thrones or The Walking Dead, but watching app developers geek out over something they made (that Apple benefits from you downloading) isn’t exactly my idea of scintillating television. You can read more about the fledgling television project here. I don’t mean to be too hard on the maker of my computer, phone, and streaming device, but here are five app-related show ideas I’d rather see Apple invest in.

Instead of having Silicon Valley’s brightest minds pontificate from the comfort of an ergonomically-designed chair, let’s take those very same app developers and put them through a gauntlet of physical challenges! You’ve already got the talent lined up for this show, which means minimal tweaks from a production standpoint. Plus, seeing a bespectacled MIT graduate flying through the air in a game of Rocket Ball? Who’s not watching?

I can’t think of anything less scripted and more compelling than MTV’s Laguna Beach (See also The Hills). If Apple is looking for an addictive, free-form show about app developers, it has its gold standard. Tech insiders talking about synergy and original monthly users sounds boring. Inject a dose of high drama about Melvyn’s lunch date or Udi’s upcoming formal, and you’ve got yourself some juice.

This would probably take the form of a limited series. Liam Neeson (or Palo Alto equivalent) reprises his role as the talented, vengeful singularity — cutting through a vast opposition with his special set of skills. Only this time, the bad guys have stolen something much more valuable than a daughter or a wife; they’ve taken his intellectual property! Now he must recover a flash drive before the first round of Series B funding is complete, or risk being beaten to the marketplace by an inferior product!

I’m a Mac, and I’m Struggling with My Identity

The “I’m a Mac, and I’m a PC” commercials featuring Justin Long and John Hodgman are the best media commodities Apple has ever produced. They’ve already got a great dynamic loaded with chemistry (in 2006), so why not stretch those 30-second hits into 30-minute episodes? It’s the same concept behind stretching an SNL sketch into a movie (which always works). The pilot can feature a zany series of events that leads to the two individuals becoming roommates. And there can be serious episodes where the guys deal with the fact that they are both human people and vehicles for the brand promotion of giant corporations. Edgy.

This is my favorite comedy currently on the air and it happens to center around app developers. If Apple could find a way to purchase/steal this property it would probably be the easiest path to a hit show.