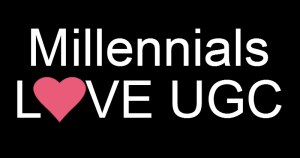 I’ve been watching lots of Facebook live recordings lately. They’re completed videos from  previous live streams. Usually it’s a friend or group of friends just hanging out, responding to the comments of other friends. It sounds  ridiculous as I type it out, but so does all user-generated content (UGC) consumption. It’s just stuff we throw out there without the production value or calculation of a professional content producer. Yet we spend an ever-growing amount of time with this form of media via our social networks.

I work in a creative bubble. I spend all of my free time around writers, comics, and improvisors — people who want other people to pay attention to them. I realize that may create a bias in my social media experience, but a Crowdtap poll from 2014 suggests that millennials (I just threw up in my mouth a little) spend 5.4 hours per day consuming UGC.

While the slots for Brooklyn Nine-Nine staff writers are limited, aspiring creators can at least produce and publish their own content within social networks. Those of us who pine for a large-scale platform don’t have to wait to share our ideas and products with our friends.

To summarize, we appreciate and trust content generated by our friends and acquaintances. Let’s combine that with another factor to explain why even in 2014, UGC consumption had almost overtaken that of traditional media (TV, print, radio).

Has the trustworthiness of professional media changed, or has the definition changed? With (seemingly) a million websites to visit for a variety of news, how do you choose which sites deserve your faith?

Of course bastions like The New York Times retain their credibility. However, practices like headline framing to generate clicks have degraded the once-pristine value of news sites in general. Beyond the “She _____. You Won’t Believe What Happens Next” format, news outlets have stripped headlines of context intentionally. I find that Facebook sidebar blurbs often boast scandalous teases that are debunked by 10 seconds of extra reading.

We are hyper-aware of advertising and the goals of advertisers. Millennials (*gag noise*) even trust the information we receive through UGC 50% more than information from other sources. I spot and bypass promoted tweets with ease — potentially ignoring something I might actually be interested in. If you’re selling it to me, I don’t care. Social media users are easy to access, but we’re tough to convince.

Wholesale media skepticism is leading advertisers down some interesting avenues. Of course there are the forms of native advertising that have been cropping up on all online platforms, but companies are actually using UGC to influence audiences. By encouraging consumers to post about them — rather than talking at the consumers — businesses can immerse themselves in the credibility associated with UGC. This creates two-way communication and a conversation that isn’t being driven by the brand, but rather influenced by it.

My tone toward advertising and the activities of large companies is generally pretty negative on this blog. To be clear, I don’t resent these institutions, I just like to call attention to them. That being said, advertising is like an organism: it constantly adapts and evolves to survive. As we consumers change our habits and attitudes, advertising will morph to keep up. It’s not sad nor sinister, it’s just science.