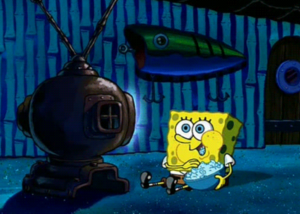 For the past six years I’ve lived without cable. Through Netflix and Hulu accounts (or those who shared their passwords) and a Chromecast, I’ve successfully gone without signing up for an actual cable account. There are, of course, exceptions as to what can be watched – live sports must be viewed on cable, any type of award show or live event also requires an account. (If it’s that important, I DVR it at my parents’ house, which may or may not be cheating.) But the point is, I haven’t cable … and for the most part, I don’t really miss it.

Bonus perks: there’s no longer that crushing feeling that you’re missing something good on TV, or the even more crushing feeling: paying hundreds of dollars a month for the ability to be a couch potato. Instead, I pay less than $20, and very rarely miss out on something I want to view.

And it’s not just me doing it. Not having cable is becoming an increasingly popular method among consumers – because of the rising fees associated with cable, but also because outside brands are making this possible. With monthly subscription services (like Netflix and Hulu, as well as Amazon), you’re not completely in the dark once going cable-less. In fact, companies are even expanding this notion. Amazon recently announced that it’s looking to tackle live events (including sports) through its prime memberships.

If they succeed, will there be a need for cable at all? Streaming services are cheaper, more accessible (watch from you computer or smartphone, in addition to your home TV), and they host more features, like previews, actor interview, etc. Plus, there are fewer commercials – sometimes, there aren’t any at all. In a world where commercials blast the eardrums and drone on for minutes at a time, this is a huge perk to the watching community.

One can even argue that, once generations become accustomed to using Internet for all their TV watching, it just might become the new norm.

How Will Cable Companies React?

All it takes is a single call to a cable provider to know they’re already feeling the heat. After a multi-month issue with my Internet bill, I was ready to swear off them altogether – they’d been trying to stiff-arm me into adding cable. I’d call to resolve a random fee, and be shuffled through to a salesperson who gave a speech; before I could answer they’d say, “Ok let’s get you signed up for that thousand-channel package.” It went on like this for minutes – is this how desperate they have become? Or has it always been a tactic and I’d been off the radar? Either way, it made me want to run the other way, if only out of spite.

The Future of TV

Every generation has seen changes to the way it uses technology. As new programs and products are released, we adapt the way we live. Watching TV is bound to be no different, with cable taking on significant changes toward more efficient and more affordable methods.